The National Association of Deans and Directors of Social Work Programs (NADD) is deeply concerned, outraged, and opposed to the May 7, 2018 “zero tolerance” immigration policy that has seized and separated over 2000 children from their asylum-seeking families. We join the National Association of Social Workers, the Council on Social Work Education, the United Nations, and countless professional and advocacy groups in condemning this practice, calling for the immediate reunification of detained immigrant children and their parents, and demanding an end to this draconian policy.

NADD represents over 200 graduate social work education programs throughout the United States, Canada, and the Caribbean. Grounded in our Code of Ethics and its values of social justice and the importance of human relationships, a significant hallmark of the social work profession is its mission of service to all members of our commun

A call to end the separation of children from parents at U.S. border crossings

An open letter from the University of Washington School of Social Work Leadership Team and the Faculty Council regarding the federal policy of separating immigrant families at U.S. border crossings

The enduring and often lifelong health and mental health consequences of traumatic parent-child separation have been established by decades of child welfare research, led by some of the nation’s top social work scholars and health scientists. Much of this research has been funded through the National Institutes of Health and its National Institute of Mental Health, spurred by the humanitarian ethos that defines the highest purposes of our democracy.

During the past several months, the U.S. Department of Homeland Security (DHS) has expanded the enforcement of our national immigration policy, including prosecuting all individuals crossing over our nation’s Southwestern border and referring all adults to the Depart

Dear Members of the BUSSW Community,

We are reaching out to our community to share our outrage at the unfolding national crisis of migrant family separation and ask you to work with us to identify ways we can respond. In the last six weeks, as a result of the Trump Administration’s Zero Tolerance policy, more than 2,000 children have been cruelly separated from their parents at the border. Reports, images, and audio from the camps and detention facilities where a rapidly growing number of children are being held in the custody of the Department of Health and Human Services have ignited outrage nationally and internationally from advocates, individuals, and professional organizations.

Approximately 9,000 mental health professionals and almost 200 organizations signed a petition demanding that President Donald Trump rescind his executive order directing the removal of children from their parents, and it worked. But although he signed an executive order stopping the separation of familie

In recent weeks, we have witnessed the dire consequences of the Trump administration’s “zero tolerance” immigration policy. Social workers are acutely aware of the harm done to children when they are separated from their parents. The scientific evidence of the ill effects of separation is overwhelming, which is why social workers make every effort to keep children with their parents whenever possible.

It is immoral to separate children from their parents in order to send a message, whether to Congress or to other potential asylum seekers. To do so treats children as pawns. Yesterday, in response to widespread condemnation from social workers, pediatricians, psychologists, religious leaders, and elected officials across the country, President Trump signed an executive order halting, at least temporarily, this odious practice.

At this point we don’t know whether the administration will re-unite the families it has torn apart, whether it will address the trauma it

As a school of social work, we don’t often talk “politics” but we do always  talk “policy.”   We have all become aware of the mounting crisis created by the new policy of separation of children from their parents at the border.  Although the President yesterday signed an Executive Order halting one piece of the current policy, many questions remain.  As of today, it appears that those children who have been separated from their families will not be reunified in any timely manner, and it is unclear how the current federal court order limiting detention of children will be managed as families enter detention. Some, both in and out of government, have observed that many families may never be reunified.  It is important that our concerns for these separated children and families not fade into the background as events unfold.

Let me be very clear, the policy of separating fami

Statement from the National Academies of Science Education and Medicine (NASEM)
http://nationalacademies.org/newsroom/index.html 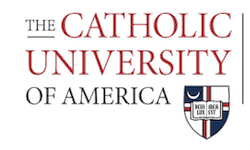 National Catholic School of Social Service Office of the Dean

More than 2500 migrant children have been taken from their parents at the USsouthern border as a result of President Trump’s efforts to deter parents fromcrossing into the United States without proper documentation. As Dr. Eileen Dombo and Professor Randall O’Toole, who are faculty experts on trauma and abuse, note, the psychological harm being done to these children is lasting and severe. Without immediate relief and intervention, the children are at increased risk for developing future attachment-related emotional and behavioral difficulties. Regardless of where one stands on the politics of immigration, the reckless abuse and neglect of children as punishment of their parents is repugnant!

As Dean of the National Catholic School of Social Service, I am officially joining our school to the protestation of the US Conference of Catholic Bishops, whose members have condemned the practice

The Jack, Joseph and Morton Mandel School of Applied Social Sciences at Case Western Reserve University joins our social work colleagues at the state and national levels in expressing our deep concern over the policies that are being implemented by the Department of Justice, Immigration and Customs Enforcement, and the Border Patrol regarding forcibly separating parents and children who arrive at our borders seeking refuge. This reprehensible practice is counter to the values and ethics of the social work profession, and of our School.

As a school of social work and nonprofit management, we are well aware of the impact that trauma has on individuals, families, and communities. We also know that many of the immigrant families crossing our borders are seeking refuge or asylum from atrocities and unlivable circumstances in their home countries. The practice of separating children from their families compounds their traumas, causes irreparable damage, and is a violation of human rights